The Nigeria Television Authority-Startimes TV Network says it is partnering with Nollywood for the exclusive broadcast of the 2018 “Queen of Nollywood” Reality TV Show.

Frank Ikegwuonu, President of the Nollywood Executives and Leadership Awards, and Emeka Rollas, President, Actors Guild of Nigeria made the disclosure to the News Agency of Nigeria on Monday in Lagos.
Ikegwuonu, also the Founder of the Queen of Nollywood reality show, said that the show focused on drama and cultural entertainment with strict adherence to the African culture and traditions.

According to him, 20 female contestants will feature in the talent hunt programme that will air and document unscripted real-life situations with Nollywood celebrities.
He said: “These contestants will be expected to mimic four of Nollywood’s most outstanding actresses — Mercy Johnson, Patience Ozokwor, Funke Akindele and Queen Nwokoye.”

Ikegwuonu said that six winners would emerge and be coronated Queen of Nollywood Brand Ambassadors with awards, cash prices, certificates, presentation of pet-projects and a one-year film contract.

Aina said: “The show aims at displaying our cultural values as a people as well as discovering budding talents that will continue to perform excellently in the entertainment industry.”
On the importance of showcasing culture, Aina re-affirmed NTA-Startimes’ commitment to using the network’s public relations machinery to promote and publicise the show in line with best practices in the broadcasting industry.

Rollas said that the show would lead to improvement in the standard of television series in Nigeria and also enable the teeming AGN members to benefit tremendously after the show.
He said that camping the 20 contestants for the Queen of Nollywood title had been scheduled for shooting at the Yankari Games Reserve, Bauchi, Bauchi State.

Rollas said: “All the AGN chairmen in the northern states of the country and their vice-chairmen will be on ground to offer full support at the Games Reserve in Bauchi during the shooting of the reality show.”
Meanwhile, Sait Yardimci, Chairman, Turkish Film Commission, has said that the commission would support by hosting the brand ambassadors and the winners of the show in that country’s capital, Istanbul. 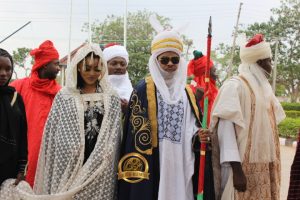 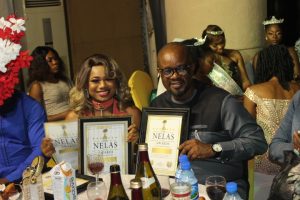